Mintimer Shaimiev "Please accept my words of gratitude for your participation in the reconstruction of the Cathedral of the Kazan Icon of the Mother of God."

For a special contribution to the implementation of this grandiose Orthodox project, Marat Nagumanov, Director of the Packer SPF, was awarded a Letter of Thanks from the State Adviser, Chairman of the Board of Trustees of the Republican Fund for the Revival of Historical and Cultural Monuments, among other participants of the meeting.

– Your noble deeds, sincere dedication to your work and striving for the spiritual revival of historical heritage deserve deep appreciation and respect. Thanks to your creative work, the revival of the majestic temple on the site of the miraculous image of the Most Holy Theotokos has become a new step towards strengthening the bonds of mutual understanding between Muslims and Christians in the republic, the country and around the world," Mintimer Shaimiev noted in the letter.

Marat Nagumanov is one of those benefactors, thanks to whom the largest social projects in the history of the republic have been implemented in Tatarstan: "Cultural heritage: the ancient city of Bulgarians and the island-city of Sviyazhsk", "Creation of the Bulgarian Islamic Academy" and "Reconstruction of the Cathedral of the Kazan Icon of the Mother of God". His name is included in the Book of Benefactors of the Republican Renaissance Foundation, and specific cases in this field are marked by Letters of Thanks from the State Adviser, Chairman of the Board of Trustees of the Foundation Mintimer Shaimiev.

The historical cathedral on the site of the appearance of the Kazan Icon of the Mother of God was recreated by Decree of the President of the Republic of Tatarstan Rustam Minnikhanov on November 4, 2015. This work, which lasted five years, was highly appreciated by Russian President Vladimir Putin and Patriarch Kirill of Moscow and All Russia. The Primate of the Russian Orthodox Church performed the rite of the great consecration of the cathedral on July 21 this year, on the day of the acquisition of the Kazan image of the Most Holy Theotokos. Marat Nagumanov was also invited to this ceremony..

And here is a new sign of appreciation of the good deeds of the Tatar-Bashkir entrepreneur – a letter of thanks for his contribution to the revival of the majestic Orthodox church. It, at the request of the head of Packer, was received by the adviser to the director Timur Minnivaleev. 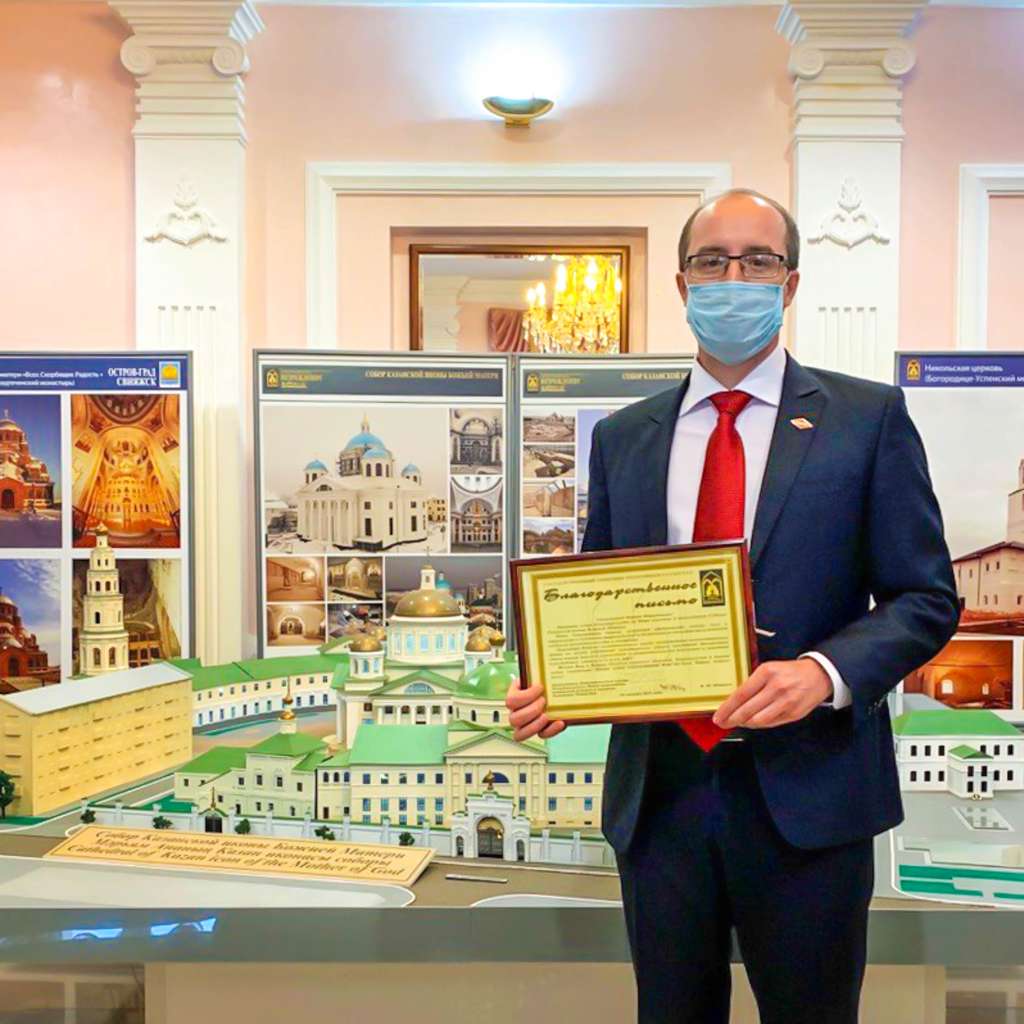